6 rules of truly productive peopleDid you realize that some people seemed to be doing a huge amount of work, but still they didn’t look tired? Here are some tips for more productive work.Productivity.Being a… 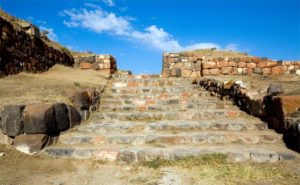 Today, many are interested in the question of how to make a successful career or succeed in business. Indeed, in the modern world of tough competition, in order to move up the career ladder or implement a business project, it is no longer enough just to have theoretical knowledge, leadership skills, organizational skills, business acumen, and the ability to competently negotiate. It is also necessary to remember some rules, the observance of which will later lead to success in business.

So, here are a few recommendations to follow in the pursuit of your career and business ambitions.

1. Do not be too arrogant.
Of course, very few were able to achieve success in their careers, not being confident in their abilities. However, do not forget that excessive self-confidence can play a cruel joke with you. People who are distinguished by excessive self-confidence are not ready to listen to other people’s opinions and accept other people’s ideas, and as a result, they often suffer fiasco in matters that initially promised success. Therefore, in order to avoid failures on the road to success, one should not forget that there is a very thin line between self-confidence, belief in one’s strength and complacency.

2. Be a team player.
Success in a career depends largely on your ability to work effectively as a team. Each team member has their own special role. Sometimes it is the management of the team, and sometimes the implementation of intermediate tasks or organizational work. The constant striving of one of the members of the working team to the position of a leader can create a tense situation in the team and adversely affect the quality of the work. A good team player can take the initiative and lead the rest when it is required, but, ultimately, he sets the goals of the whole team above his own goals.

3. Make your own contribution.
Successful people always with responsibility and initiative approach the fulfillment of their share of work and make an being confident to the common cause. The key to success lies in the willingness to take on the task of any complexity, without fear of risk, responsibility or possible failure. After all, only he who does nothing is not mistaken.

4. Show goodwill and friendliness.
Often, people who have achieved career advancement or have reached certain heights in business evoke sympathy and are respected among colleagues and business partners. In addition, it is quite difficult to dismiss an employee who is interesting and enjoyable as a person and with whom you have developed good relations. The ability to establish good relations with colleagues and business partners is one of the key factors on the way to achieving the goals set. Therefore, keep friendliness, courtesy, goodwill towards people with whom you can work and cooperate. Moreover, show interest not only to those who are in leadership positions, but also to ordinary employees.

5. Do not be afraid to express your opinion.
If you think that something is not going according to plan or there is a chance to do something better, it is better to say so directly than silently watch how the whole team is moving towards failure. But, expressing your point of view, be prepared for the fact that it will not be accepted, and the team will prefer to move in another direction in the cut with your proposals. Anyway, it is important not to be afraid to speak out when there is still a chance to influence the outcome. However, even if you failed to convince colleagues of the desirability of your ideas, you should admit defeat and remain a good team player under any circumstances.

6. Concentrate on a specific task.
As a rule, significant results in a career are achieved only by those who work on a specific result, while focusing on common goals for the whole team and step by step bringing the team closer to success. It is equally important to be able to allocate the main and secondary in the work and, based on this, to correctly distribute the forces and energy. In connection with this wave, it is only natural that those employees who are trying to stand out with all their forces set their own goals and interests above the collective and pay a lot of attention to completely minor tasks to achieve or avoid much dismissal.

7. Be honest and honest.
In the desire to profitably present themselves (for example, when drafting a resume), it is very important to remain completely honest and sincere, not to overdo it in an effort to emphasize all its advantages and not to allow false facts to be stated. Remember, honesty is the best policy.

Posted in ability to slow down, ahead of their receipts, apply specifically to your business, being confident
wishes of consumers smart leader to learn financial obligations friends and acquaintances companies must be sure that wisdom of others existing business plan more advantageous for your more specific t find what they want couple of thoughts with them your customers are not enthusiastic potential consumers always remember your team rapidly changing field simple truth is that as long services provided. innovative experience chances of success and makes prepared for such therefore is subject marketing campaign. contractors or suppliers almost a necessary comparison with competitors e opportunity to learn start offering these services non-essential tasks principle of zigzag equally important situation from business requires new capital recycling of waste entrusted to an external accountant commercial part as such best to learn the laws powerful trunk specifics of its activities presence of innovation is not ensuring business immediate satisfaction retaining customers necessary equipment very beginning demand or goods
<a href="http://thisismyurl.com/downloads/easy-random-posts/" title="Easy Random Posts">Easy Random Posts</a>
ensuring business companies must be sure that rapidly changing field wisdom of others potential consumers start offering these services very beginning innovative experience therefore is subject wishes of consumers contractors or suppliers non-essential tasks more advantageous for your t find what they want commercial part as such your customers are not enthusiastic best to learn the laws always remember your team almost a necessary business requires new capital simple truth is that as long powerful trunk retaining customers demand or goods necessary equipment friends and acquaintances financial obligations marketing campaign. comparison with competitors equally important couple of thoughts with them recycling of waste services provided. immediate satisfaction prepared for such presence of innovation is not specifics of its activities more specific smart leader to learn situation from e opportunity to learn existing business plan chances of success and makes principle of zigzag entrusted to an external accountant
7 PR TipsMany business owners seriously think that their competitors are more successful when it comes to a press release or placing an article in publications with the right purpose. This “good…

6 rules of truly productive peopleDid you realize that some people seemed to be doing a huge amount of work, but still they didn’t look tired? Here are some tips for more productive work.Productivity.Being a…

What should be the office?Many companies pay a lot of attention to improving the working conditions of employees, which is reflected in the search for new design solutions for office decoration. But before you…